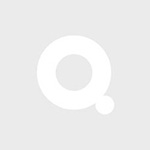 Employee Engagement > Understanding The Employment ACT 1995 and The I.R.A 1967 ( with recent amendments )

Module 3: Termination of Contract of Service

The Trainer holds a Bachelor of Science in Electronics Engineering from Pittsburg State University, USA and is a Certified Six Sigma Black Belt (Seagate Technology & Flextronics Technology).  A full time continuous improvement management consultant and trainer, he works on projects and trains personnel on Quality Management and Six Sigma Tools and Methodology.  His elaborate 18 years background in the industry in various capacities has given him valuable experience in working with people of different background and culture. He has served in several well established organizations and has held various influential positions in inculcating Six Sigma continuous improvement culture into organizations.

As a Senior Process Engineer in Seagate Technology Sdn Bhd, he was responsible for the process operation of a section in the clean room department. Later he was selected by management to mobilized Corporate Six Sigma initiatives which see a change in role from a Process Engineer to a Project Manager (Six Sigma Black Belt).  As a Project Manager, he has completed 11 Corporate Business Improvement Projects, centralized on Quality and Efficiency Improvement.  He has worked with Process Engineers, Production, Industrial Engineers and Maintenance in his projects and this has resulted in a Financial Cost Savings of USD2 million for Seagate Technology Sdn Bhd.

He was instrumental in Clean Room Slider Engineering Team for winning The Best Team Award for the Year 2002.  This award was given to the best performing team which has shown the most significant improvement in their Project Performance Metrics. He was one of the selected Project Manager / Six Sigma Black Belt from Seagate Technology to be the recipient of the 2002 Seagate Six Sigma Achievement Award at Seagate Six Sigma Symposium held in USA.  He has also conducted Six Sigma Green Belt Training for various levels of executives in Seagate Technology Sdn Bhd.  He received his Six Sigma Black Belt certification from Corporate Seagate Six Sigma Council.

As a project manager in Flextronics Technology Sdn Bhd, he has initiated, led and completed seven Corporate Business Improvement Projects centralized on Products Yield Improvement, Inventory Management, Products Change Over Time and Productivity Improvement projects. This effort has generated in a Financial Cost Savings of USD6 million for the company.  He has also conducted Quality Management tools and Six Sigma Green Belt trainings to all levels of executives in the Plant.

He has completed a total of 18 Black Belt Projects (Corporate Improvement Projects) with a cumulative cost savings of USD8Million. He has conducted Quality Management Tools, Six Sigma Awareness, Six Sigma Tools and Methodology Trainings for all levels of executives.  With his vast industrial, training, coaching, project execution and Six Sigma knowledge and experiences, he will be able to transfer knowledge and transform trainees into a new level of employees who will be practically ready for a higher level of challenges to take their organizations towards a new leading competitive edge.

Amongst some of the well established organizations he has worked in before were Penang Seagate Technology, Carsem Semiconductor, Flextronics Technology and Digi Telecommunication.

Get To Know The Trainer

Tarmizi , 43 years old, married with 4 kids and from  Gunung Rapat Ipoh. His qualification is Master of Business Administration in Human Resource Management from The University of Michigan with 23 years’ experience in handling of full HR spectrum with 12 years in Managerial level and 7 years in handling of group HR. Along  his carrier  in Human Resource, he was rewarded as a best Manager for Cooperative in Malaysia from KPDNKK through Maktab Koperasi Malaysia in year 2014. In year 2016, he was certified  as a trainer from Human Resource Development Fund (HRDF).

Chat with us LIVE to get a

ALL IN FROM ONLY

PARTICIPANT REVIEWS FOR THIS COURSE

What Other People Bought

Be a Great Team Be Player (Online Training)

From Conflict to Co-Operation and Collaboration (Online Training)

The Art Of Leadership Coaching

The Art Of Leadership Coaching

The Ultimate Leader: Awaken the Leader Within & Unleash Potential

All contents Copyright since 2015. Quorse is a Network Mileage Sdn Bhd (874066-V) service. All rights reserved.