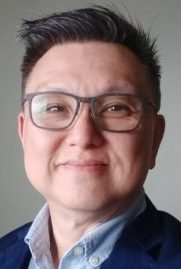 With a background in Organizational Psychology and Human Resource Development, Daniel began his consulting and training career twenty-four years ago. Since then he has trained and spoken in Vietnam, Oman, Brunei, Cambodia, United States, Japan, Australia, Singapore, Thailand, Indonesia, India, Philippines, Hong Kong, Xiamen, Beijing and Malaysia. Having qualifications in Test and Measurement Psychometric Assessments namely the Myers Briggs Type Indicator ® he has remained a loyal student of Carl Jung Psychological Type theory for the last two decades, and has applied it well with his work with some notable clients ranging from American Express, Shell, Wyeth, BMW, Dell, Campbell Soup, and Nokia.

Being a Type Practitioner, he is the only Malaysian to have ever spoken as a conference Speaker at the Biennial International Association of Psychological Type and the 16 types Convergence; an Advanced Type Practitioners annual gathering. He has also co-trained with Psychological Type Gurus such as Dr Linda Berens, Dr Elizabeth Murphy, Dr Marti Singer, Sandra Hirsh and Marci Segal. As a speaker, he has spoken in numerous National professional conferences such as Malaysian Institute of Accountants, Toastmasters International, IATSS and many more. He has also been featured for his work in national newspapers with full page coverage in the New Straits Times, The Star, The Edge and The Sun as well as in recently the Personal Money Magazine.
He is also the First Master Trainer of TEAM DYNAMICS (an Integrated Team Solution Training Program) in Malaysia certified by HIGH PERFORMANCE SYSTEMS Inc. (USA). He has trained extensively on sales for the insurance, direct selling. retain and property industries. His experience includes both on skills training, managing the sales force and developing the administration system of Sales Organizations. For 15 years, Daniel was an accomplished Presenter within the Toastmasters International circle, completing all his educational and leadership requirements for the highest award in Toastmasters, winning Area and Division level Speech Competitions, speaking at International Conventions and many more. He was also awarded “EXCELLENCE IN INNOVATION” Indian International Innovation Summit at Mumbai India in February 2010 in conjunction with the World HRD Congress where he was also a speaker. He has recently been featured on a weekly series of Business FM (BFM 89.9) on the topic of utilizing Psychological Type models for Teams and Leadership.

As a Keynote speaker Daniel’s known for his lively, high impact and interactive style on both the platform and training classroom. In his personal capacity, Daniel is an accomplished Barista Trainer, Certifier and Examiner, he is currently one of 250 certified SCAE Barista Certifies worldwide by Specialty Coffee Association of Europe (SCAE). He conducts barista courses as well as coffee classes for connoisseurs. He also holds certification in Coffee from Università del caffè (University of Coffee) of Trieste, Italy and a Master Barista qualification from TAFE USW, Australia. He is also the founder of Barista Guild Asia with a team of 6 full time trainers with branches in Penang, Kota Bahru, Sabah and Sarawak as well as Philippines and Indonesia. Currently, he is the Managing Director of Direct Results Asia Pacific Consultancy, with a team of 6 Consultants and also the CEO of 16 types Asia™, the marketplace for Type Practitioners in Asia. In 2009 he was the Keynote speaker of the 2009 International Association of Psychological Type Conference in Dallas, USA. He is the first non-American to be given the highest privilege of peer recognition as a Type Expert.

In his rare free time, he can be found brewing coffee for his customers and friends in his small little café in Kuala Lumpur which is run by his Japanese wife.